Half Dome From Snow Creek, Sunset. Yosemite, California.
Peter was a consumate professional, and I was in awe of someone who was making his living working as a photographer, always busy, always travelling. He seemed so self assured, and seemed to bounce from heel to heel ready to start the next project. It was all film then, no digital, no instant feedback. He solved exposure and composition problems like it was the easiest thing, while I, trying to become serious about my photography, struggled to figure out why some things came out good and others so wrong. He was so patient giving me answers, advice, and critique...and there were endless war stories of his job as a commercial photographer. Looking at my work from then, I don't know how, but I guess he saw some promise in me. When an opportunity came for a firm who needed some landscape work, he pushed me out there to be recognized as a photographer. For that I am eternally grateful. We'd instantly start in on equipment and techniques and artists whenever we met up, and I would sometimes bring him some of my prints, hoping to get feedback. He instinctively knew exactly what I had been drawn to in any photograph, and would sweep his hand over that part of an image like a magnet. It was always such a confirmation, so selflessly given. We both loved black and white, and of course we both loved Ansel...what photographers don't eventually beat that conversation to death? He told me more than once of a cherished trip he took to California; his awe, like mine, of Yosemite, and his quest for an original Adams print. I mostly do color work, but from the first time I timidly brought him a monochrome print to give me suggestions, his eyes lit up and his smile said it all. I floated off the floor getting that reaction from him. A couple of years ago, he got sick. I brought him a black & white print to him in rehab, and watched his eyes light up, even though his words wouldn't come as easy as before. I did go 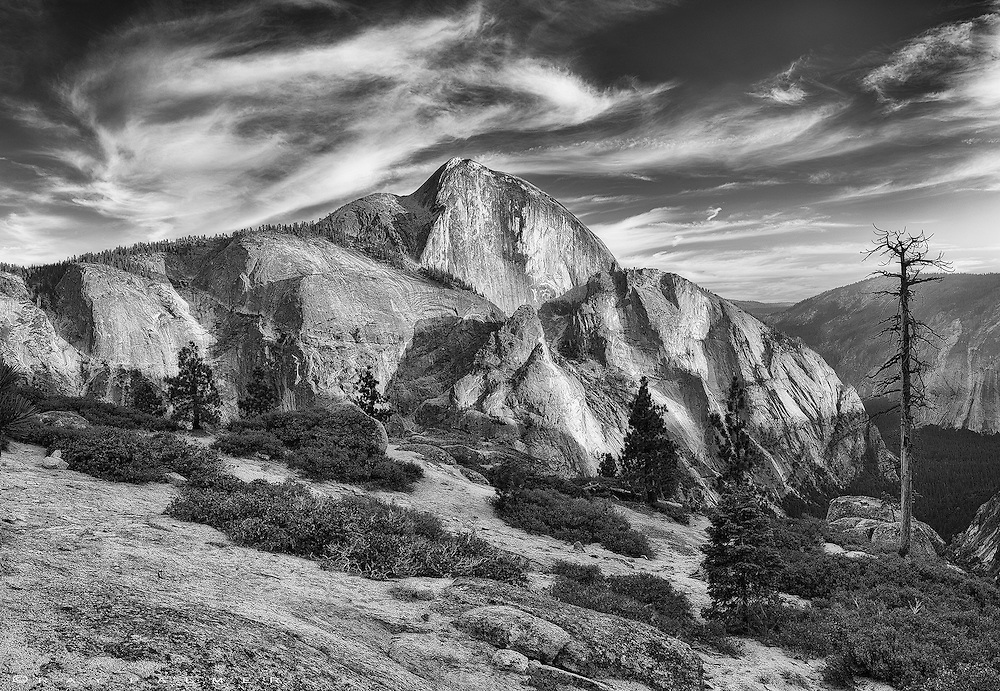