Columbia River Gorge, Oregon.
Samuel Lancaster, the engineer for the Columbia River Highway, built Vista House on the promontory of Crown Point, some 700 sheer feet above the river. It was a way station for travelers--“an observatory from which the view both up and down the Columbia could be viewed in silent communion with the infinite.” Sounds dramatic, but the sensation of peering into the prehistoric here is palpable, despite the man-made intrusions. The Columbia is so big it doesn't even seem to move. It is the sky that moves, and ominously on this morning; hopes for sunrise were pretty much dashed until a little break in the overcast transformed the vista for a brief few minutes, to commune with the infinite. 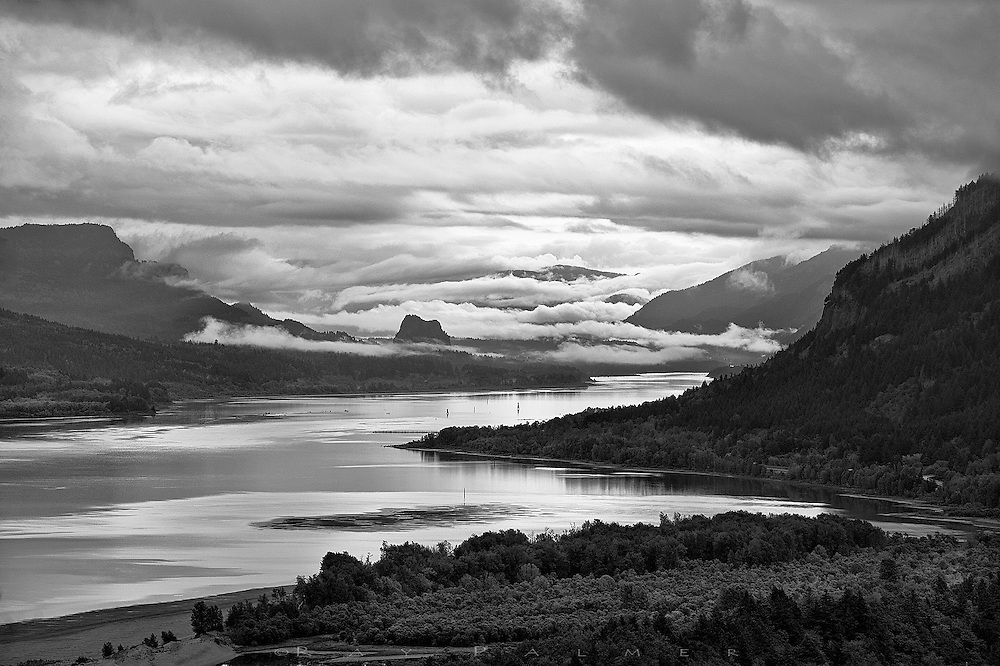