Schroon River, Adirondacks, NY
RP12691_210.
This photograph was taken in December of 2011, the start of an unusually mild winter in upstate New York. What should have been snow at that time of year, instead fell as rain, and swelled the rivers and streams over their normal haunts, drowning boulders that were my usual platforms along this stretch of the Schroon. The main channel was a bit frightening, a fury of water even though this is always a section of rapids. A fern in autumn color, that I had used earlier in October as a foreground, still remained, but was losing the battle to remain upright. It stood in the lee, now, of a large rock that waves threatened to submerge, drowned stalks pulling at the whole plant, shaking it as they whipped in the water plunging downstream. The flood, like gravity, pulled me toward it, an inner need to see how close to the noise and motion I could get wihout being sucked in. This was my safety spot, as close to the edge as I comfortably dared. 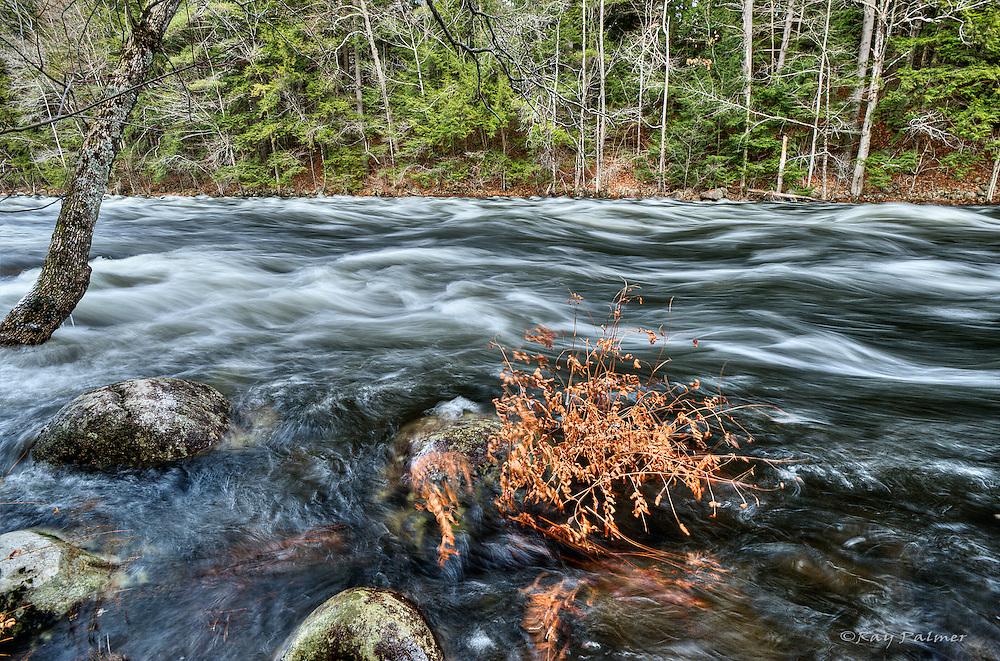