The Turquoise Trail runs from Santa Fe to Albuquerque, a fascinating drive through prairie and volcanic hills under the massive Sandia Crest. Historically a trade route in the region, this is the "old west": open range, high desert, homesteads, pueblos, and mining. Turquoise made Los Cerrillos famous--archaeologists have identified Cerrillos turquoise in digs from Central America to Canada. Gold and silver made it boom, with up to 26 saloons (mostly tents holding a few card tables). It became a little more civilized with the construction of the St Joseph Catholic Church in 1884, but the boom ended in 1891. Cerrillos barely stirred when I visited, walking the streets that were still dirt in the shade of cottonwoods. The original building was rebuilt in 1922, and fortunately the builders retained the timeless look of Spanish adobe mission architecture. 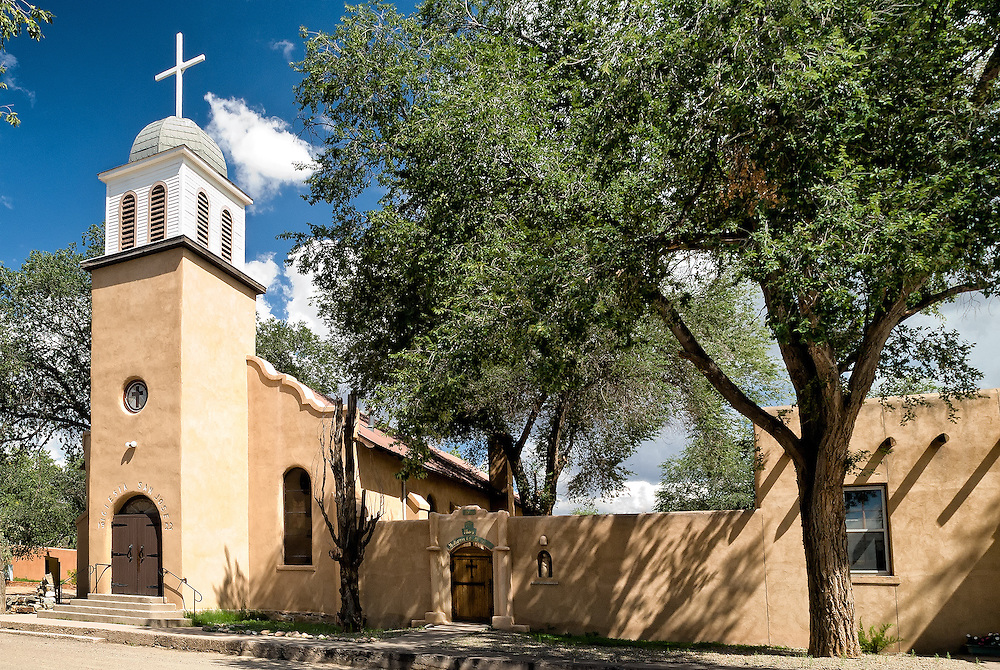