Near Schwabacher's, we saw the doe, drinking at the water's edge while we were set up waiting for sunrise. So, after shooting, we crossed over to the far side a ways downstream, and slowly made our way along the footpath. Not expecting the calf, we became very wary and proceeded no further until the doe moved a bit and we had a bead on her position. She must have calved in the last 2 or 3 days, from the state of her weakness--she knew we were there but didn't seem to care, and didn't stand for more than a few minutes before folding her legs beneath her and lying down. Her coat was haggard and unkempt (although it was spring, after a hard winter), and she was thin, with yet a bit of bloat in her belly. The calf , of course, was full of hell and curious of everything. It's ADD made poses difficult, shooting through the brush and trying to keep a safe distance. We probably spent 45 minutes, mostly shooting the little one solo; coming out, we got some curious looks from other photographers coming to shoot the normal Schwabacher's scene (like, don't you know the landscape shot is over here?), but neither of us let on about our private little sanctuary.
Nikon F5, Nikkor 400 f/3.5, 1/200 f/5.6, Velvia 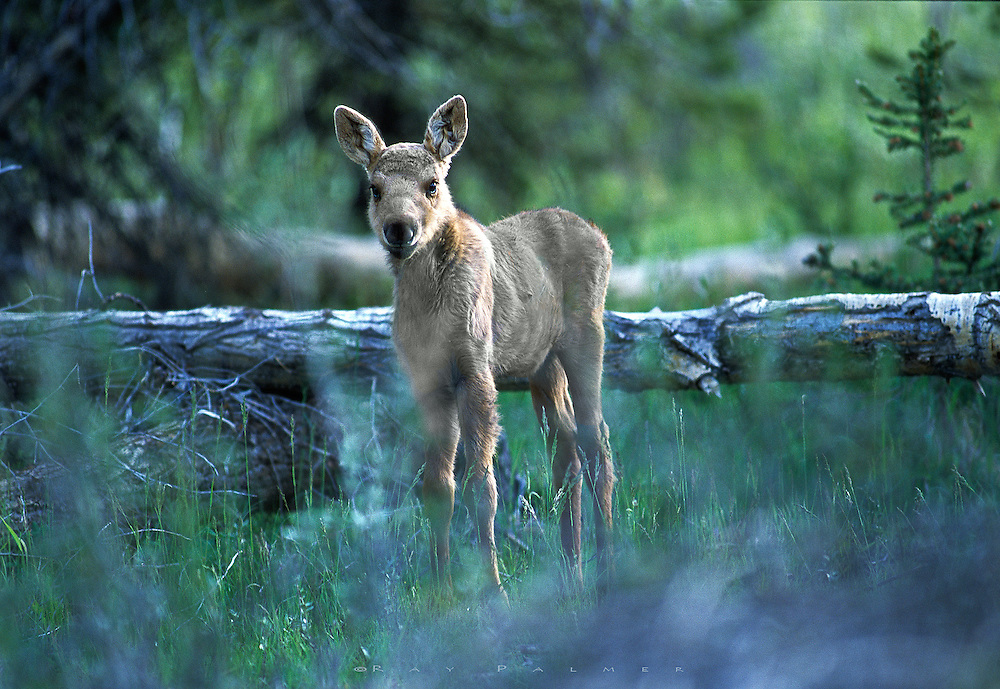