Sucker Brook, Adirondacks, NY. I've never really believed in love at first sight. Yes, there's things that attract me, slap me in the face, and give me pause to set up and begin the camera process. But even then, things have to sink in a bit as I filter them through my meager brain. She came out of a small pond, somewhere up above here. Following opportunities between the hillsides that slope ever downward to the lake, somewhere below here. I was on a mindless journey, to an end point I was unfamiliar with, and our paths crossed and coincided as I went. And so I followed her down, or vise versa, and I stopped to take her measure as I went. Somewhere along the way she began to grow on me. She was quiet, the water barely making a sound as she riffled and ran, but there was a music to it, nonetheless. There was a steadiness in her makeup, and I could see she seldom rose above this level. She protected this forest as much as it protected her. I came to appreciate the lushness in the garment she wore as she ran, the long-undisturbed debris like jewelery on her aspect. And I was slowly taken in. But in time she flattened out, lost her character, and surrendered herself to the bigger water of the lake. The lake was a disappointing destination, as destinations often are. I returned back up the path, crossing and recrossing the stream several times, at points like this. It is captured by a lens on a box that presents an image, and maybe it is love at first sight for those of you who like what you see here. But for me it's just a small, still moment of a journey. We fall whether by a slap or an ache, and in the end they hurt the same. 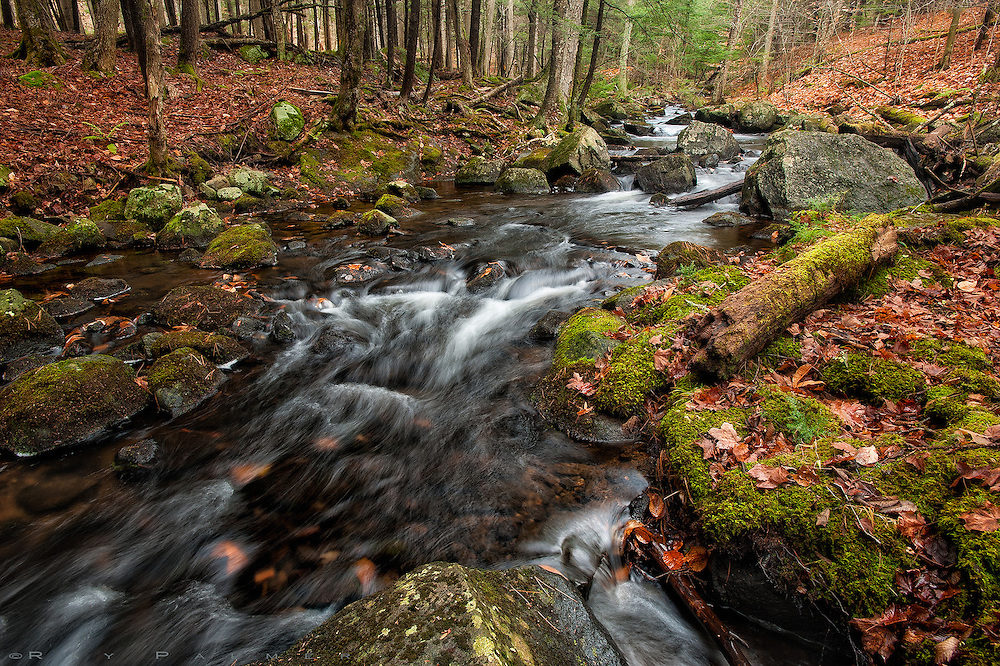