Adirondacks, NY.
In the pre-sunrise hour, clouds had moved in and my hopes for the hike I had planned started sinking. Taking a back road detour, I drove through dark forest hoping to salvage at least some stream shots if it was going to be overcast. Naturally, as the clouds began to take on some color near sunrise, there I was stuck in the woods. As I panicked for a mile or two, Providence intervened with a fisherman's pulloff, although the river was a ways below. Once down the steep wooded slope, I also realized that there was no clear shot of anything except the opposite bank. The mental coin flip sent me upstream looking for foreground, and I finally found a break where the river had deposited a rock jam so that I could move a few feet out into the flow and get some open sky. The color stayed pretty subtle, and didn't last very long before the scene turned flat, and would open up only briefly some miles further on. The stops along the way come with a caveat though--the price of getting the detour shots this day was reaching the summit of the hike in overcast and spitting rain. 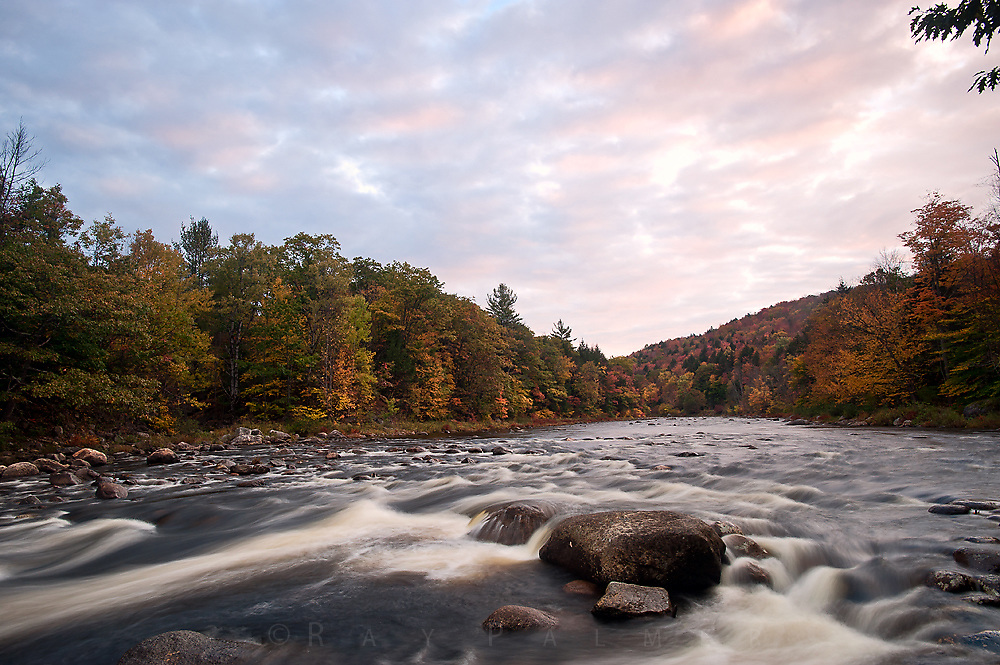