Cades Cove, Great Smoky Mountains National Park, TN.
It's autumn at sunset in Cades Cove. Most times I've been here, dusk fades slowly, the green bowl of the valley seeming to be reluctant to give up the light and let the shadows of the mountains that surround overwhelm it. It was a place of farmers, homestead families, far from neighboring towns, who managed a subsistence life until the park was formed and they were moved out. The cabins, barns and churches still stand as a testimony to civilized remoteness. Family, neighbors, and church were nearly all they had out there 80 some-odd years ago, a simpler way of life. And so it's not hard for me to conjure an image of a father and son coming out to this little rise from the preserved cabin somewhere behind me, to stand in the last glow of day, an unintended ritual. Maybe it's the trees that fuel my visualization, standing like a memory this many years later, their faces facing the light, bathed in gold. There is a confirmation that another day is done, that life is steady, in a sunset...even if it's not true. Fathers and sons part, one way or another, eventually. I remember my father this way...me so small and him so big next to me. Bigger than life, and eternal. It's the memory I prefer, not the reality of our grown up statures in later years. The imaginary observer, I watch until the color fades and the sky darkens, and then leave, like they all had to. 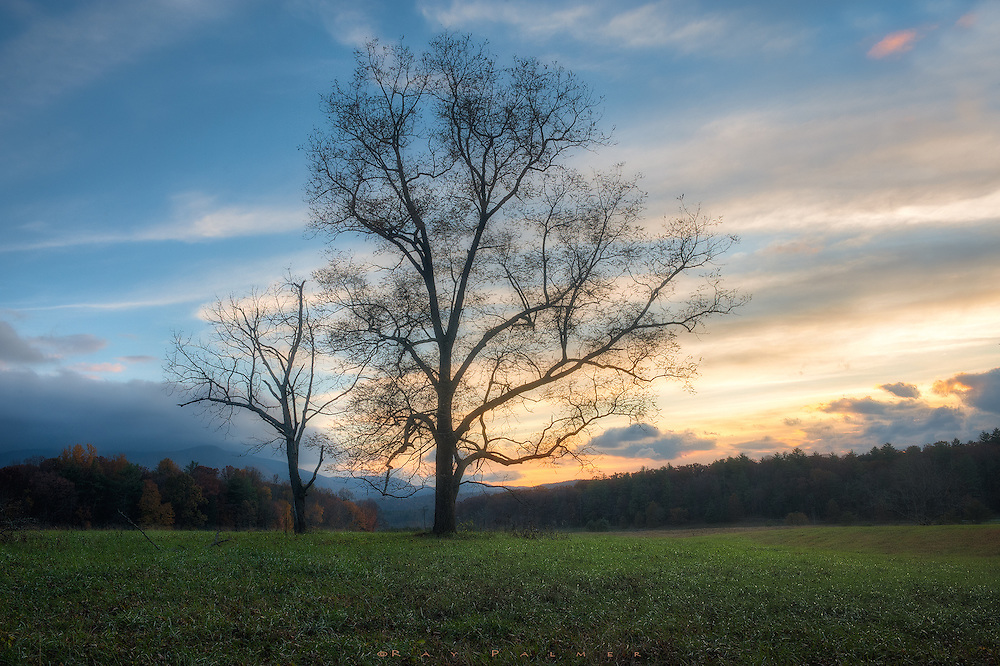