Peggy's Cove, Nova Scotia.
You have to appreciate Peggy's Cove for it's authenticity. This old skiff was pulled up behind a lobster shack and abandoned for the elements to work on. The townsfolk let it sit there, not considering it a tourist's eyesore. And that is pretty much the case with Peggy's Cove--no airs are put on to make it appeal to people; the place is just naturally attractive and they have wisely recognized that and not touched it. The shops are unobtrusive and out of the way. But there's a lot of visitors, so get there early or stay late. Time has not been kind to this old girl, but she still commanded a second look from me. 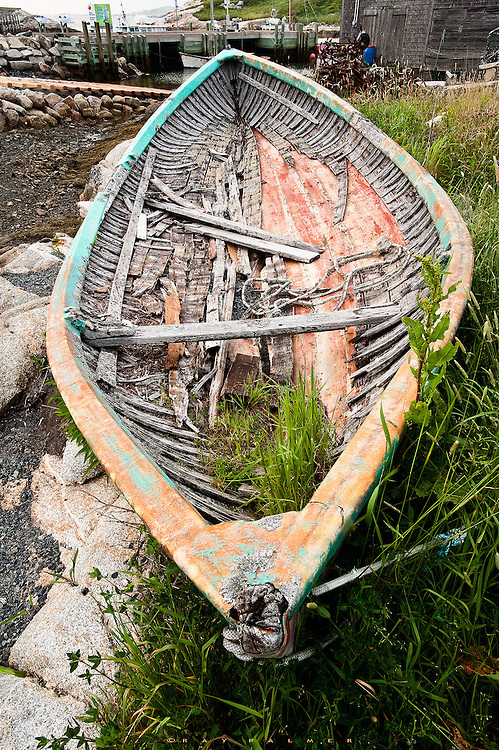