Wandering the beach, under the Bandon bluffs, I first noticed this jagged monolith from the water's edge. I came up and did a couple of wide circumnavigations, looking for angles, but the vision that struck me originally was what spoke to me now. It's not really called the Shark's Tooth, or at least I could find no evidence of this particular formation named. It may have been a sea stack, or a piece of one of the other stacks, huge towers of rock, separated from the mainland by sea and sand. Almost a pyramid, it seemed more fitting to anthromorphize it to that dark beast of the sea, a primordial force like the wind and water that shaped this sculpture.

I used Silver Efex Pro to bring this into grayscale, which suited the mood better to me. I got lucky with cloud cover diffusing the sun a bit, and adding some subtle crepuscular rays that I brought out a little more by using a red filter in the program. 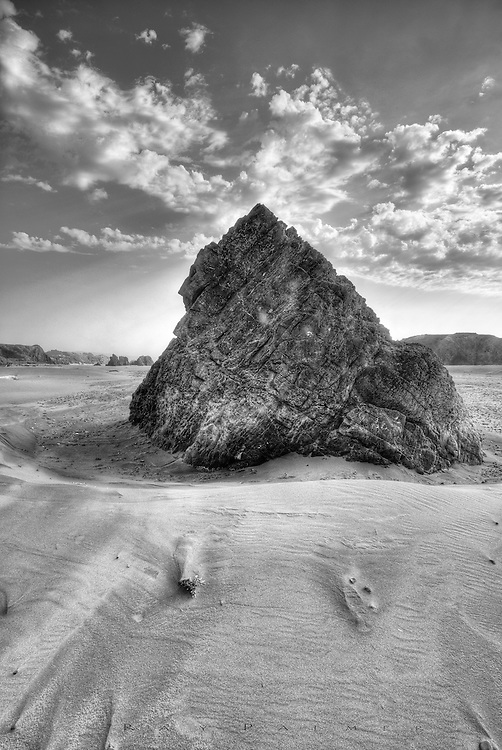