Canon Beach, Oregon Coast. I've had dreams where I am trying to go somewhere, but each step is a great effort, as if I'm in slow motion. Fighting the force of the wind coming off the Pacific was like that this day, as I struggled, sometimes pushed backwards, to a bluff above the chaos. Looking straight out into the storm hurt my eyes. I ppositioned myself as a shield against the tripod, which was vibrating like a rubber band, and tried to shoot as fast as everything unfolding before me. The waves were urged forward with such speed that the next was upon the last as they hit the shore, and a great foam filled the shallows, while the mists trailing from the wave tops were uplifted in clouds that rose inland against the mountains that come down to the sea. Back on my bluff, forces collide...the forces that have driven the sea to such intensity, and the more sublime forces that have driven me here, forces I am powerless to resist. Risk drives me into danger, beauty stamps itself in my memory, adventure heightens my senses. And love--love always drives me, with a heart that is either confident or a heart that's broken, and just doesn't care. Sometimes I am so full of purpose that I lose perspective. And so I am driven, eventually, into oblivion. 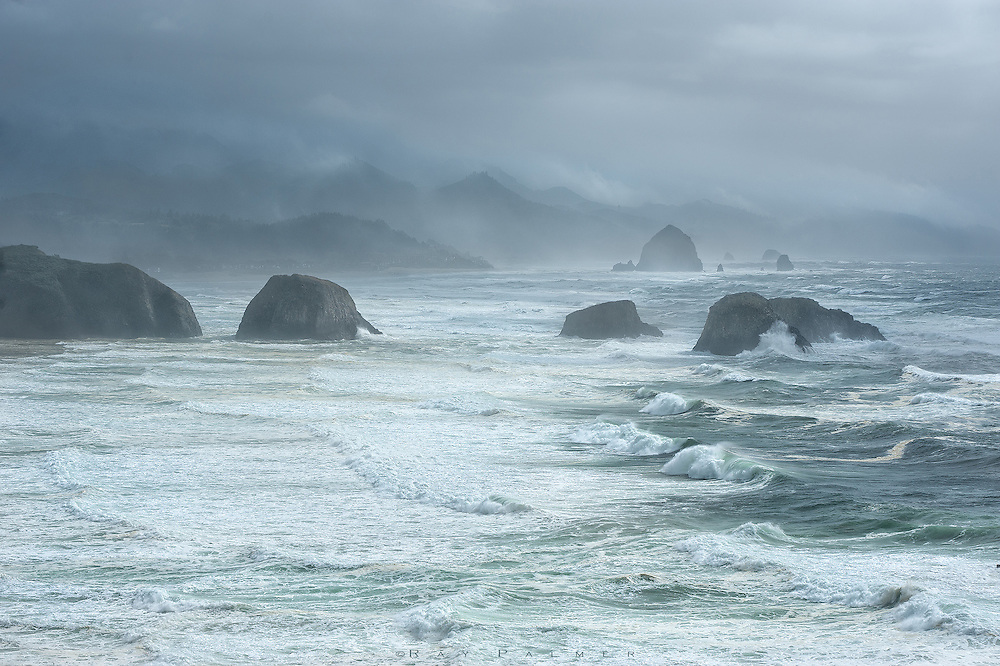