I was moving fast over the 2 & 1/2 miles to Marcy Dam from the Loj. It felt good to be out, but it was also pretty cold and I needed to generate heat. The sun had just cleared the mountains behind me when I reached what was left of Marcy Dam in the wake of Hurricane Irene. I can't not stop at this junction; it is one of those places that looks good in about any light. As I admired, white fingers of light began breaking the forest's shadow on the lake that used to be here before the dam, on whose partial walkway I now stood, failed, emptying the lake. The slides on Wright Peak, some new and some enlarged when the forest could no longer hold Irene's downpour, were like three white fingers this morning, reaching for the hoar-frosted forest under Wright's summit. Clouds, lifting and blowing apart as they cleared the peaks, were also like white fingers, against the blue, flexing eastward. And back on the walkway, white fingers out of their warm gloves tried to manipulate tripod legs and camera dials, trying to complete a circle of metaphors 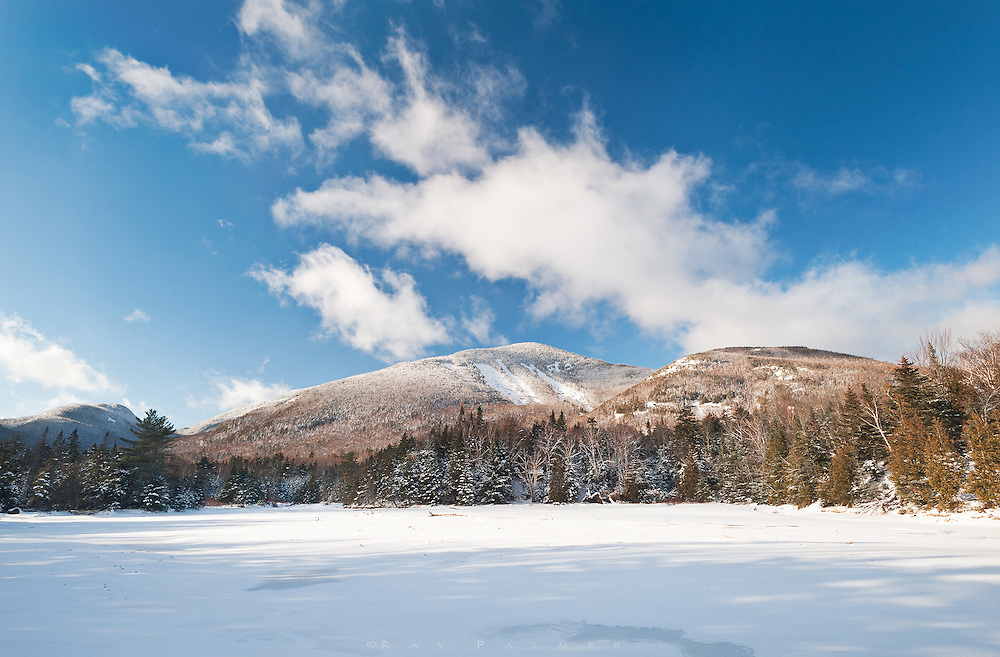