Spanish Explorer Bruno Heceta charted the mouth of the Columbia at the confluence of the Pacific in 1775. British explorer John Meares was convinced no river existed here 13 years later, and named the place Cape Disappointment. The North Head light sits at the western extremity, not far from where Captain Merriwether Lewis first saw the Pacific, in 1805. If the wind ever stops here, you wouldn't know it by the permanent bend of trees and grass...only rock stands firm against the elements receding into that distance 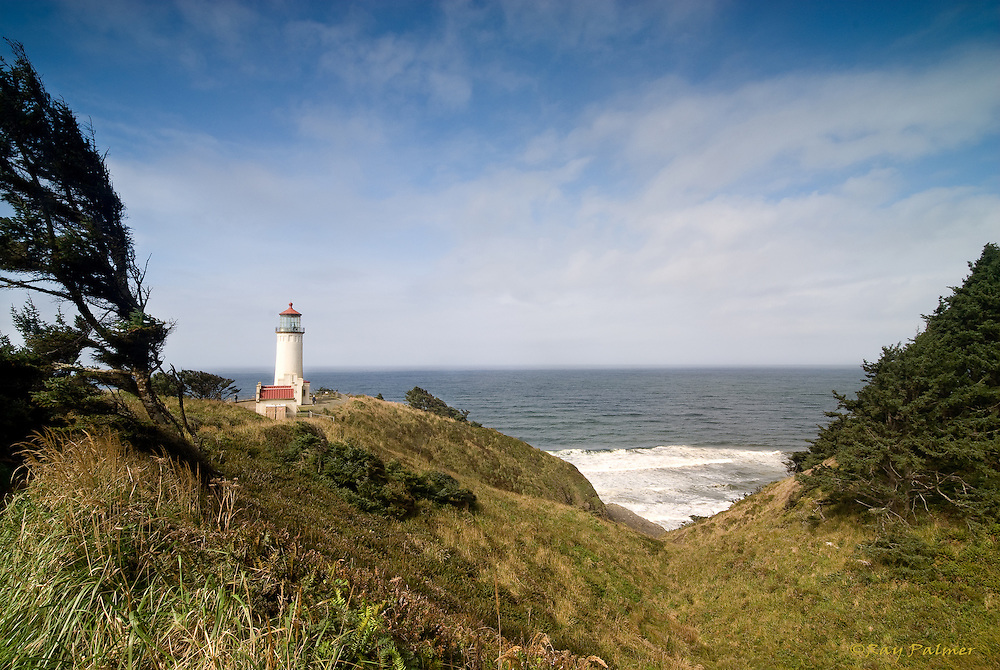