Quoddy Head SP, Lubec, Maine.
With it's Chesire Cat lighthouse of red and white stripes, Quoddy Head is the eastern most point of land in the contiguous United States. Outside the town of Lubec, the Quoddy Head State Park hosts an often pecipitous trail along cliffs overlooking the Grand Manan Channel. Sunrise was over calm seas on this particularly hot June morning, where I had climbed to a bluff that I had hoped would be a good position.
Post processing almost forced me to use HDR tactics because of the curve of the headland, facing me and not benefitting from the rising sun. Tone Compression would brighten the cliffs to the left, but unnaturally, I felt--the reason they blocked up to black trying to take one image was that they were in shadow--I needed to retain that to keep it real. I used Photomatix Fusion with two images exposed for the sun and the rock, respectively, then processed it in Photoshop through Color Efex Pro, and added a warming filter as well as enhancing the detail in the granite, with it's finely chiseled charachter. I tried the image with and without the sun flares and decided I liked them as a continuation of the brief play of light along the plane leading to the solar mass. 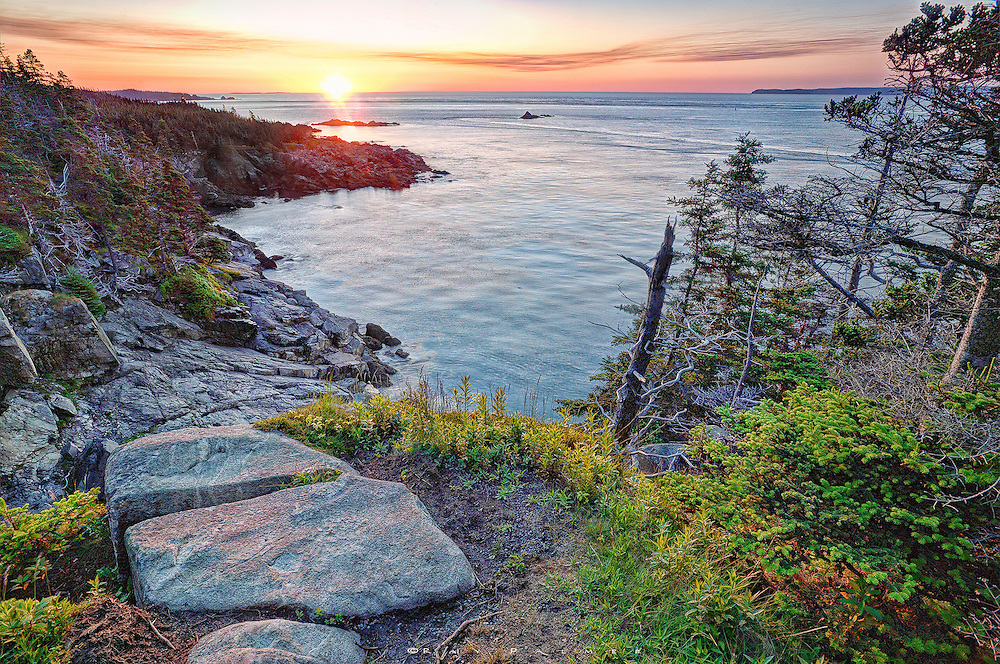