Whether named by a British sea captain who turned back before finding the Columbia (1788) or a Lewis & Clark Expedition member who was abject at finding no ships at the end of the cross country trek (1805), Cape Disappointment is also infamous for being on a list of the 10 most depressing places in the country. But even these places can have a good day, and I got one while travelling the coast of Oregon and Washington. The North Head Light was built to enhance navigation, and sits on a dramatic cliff over treacherous water. Windblown, narrow trails hug the headlands, high above the Pacific. While exploring these and avoiding the people at the light, I found composition around a little hillock above the light house pad, and waited for a lull in the breeze. Despite the disreputable name of this area, lights rarely let you down, most being hosted by rugged real estate in spectacular locations, and North Head was no disappointment. 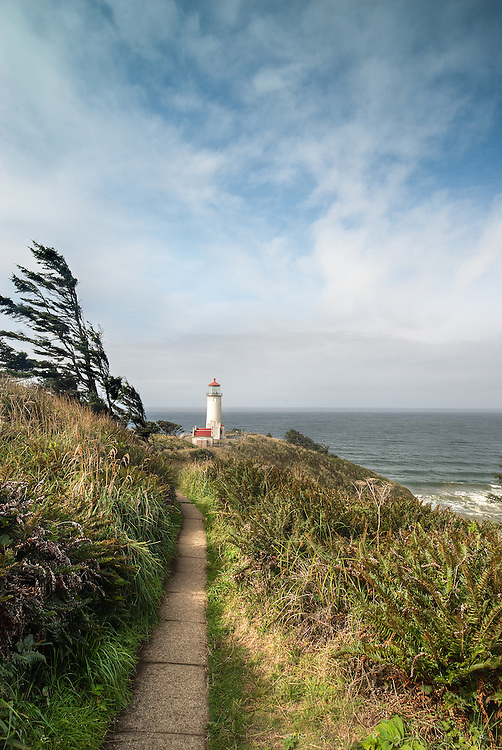